A new name with meaning

It was a process that took almost a year. It involved learning, unlearning, and thoughtful movement through layered conversations and consultations. But we’re excited to announce the name being given to the new school that’s under construction at the Richard McBride site.

When the modern, collaborative and forward-looking new school opens, it will do so under the name of Skwo:wech Elementary!

“Skwo:wech” is the halq’eméylem word for “sturgeon” … and the name draws on overlapping themes we heard throughout this last year: 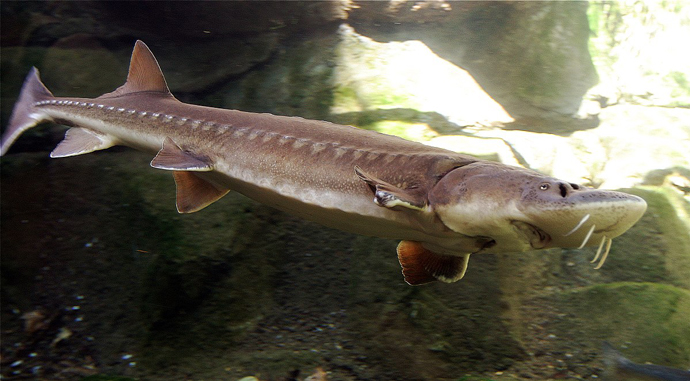 Learnings, language and the journey to a name

Like any interesting journey, landing on this final name was an effort that presented many opportunities for learning.

Given Richard McBride’s particularly problematic relationship with Indigenous people and his documented racism (see this story from The Record about McBride and the Komagata Maru), the committee members were consistently mindful of making sure that consultations and considerations were respectful of the harm that was caused by McBride. That resulted in efforts to reach out to a wide range of stakeholders and groups who may have had generational connections to those actions and the lasting impact of them. 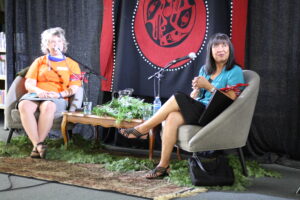 With New Westminster’s very central location along the Fraser River that meant reaching out to a number of surrounding Indigenous partners to invite participation and suggestions. And, as many know, our closest local Indigenous connections are to the Qayqayt First Nation – and in particular Chief Rhonda Larrabee. Chief Larrabee kindly consulted with us through many stages of this project, for which we are exceptionally grateful.

We engaged a wide array of community members, students, stakeholder groups and more in the process. And we gathered and considered over 250 suggestions! (With great thanks to all of you who submitted suggestions or shared your reflections on the priorities that mattered to you). The names were tested against documented District values, against the administrative procedures guiding the process, and discussed by the committee over the course of many months. And we reached out to experts where we needed additional guidance.

As we connected with Chief Larrabee and other local language keepers to discuss the brainstormed and submitted name ideas, translations, protocols and more, the rich history of the region came to true light. Thanks to those consultations, we know this region would have been primarily hǝn̓q̓ǝmin̓ǝm̓ speaking (the Downriver dialect). But, like the water, we also know language is fluid and travels. And given the central location of New Westminster and the historical use of the Fraser for fishing and travelling routes, there were also strong connections to people who spoke halq’eméylem (the Upriver dialect).

In fact, for Chief Larrabee, she had a much stronger personal connections up the river:

“My Grandfather, George Joseph, married Ida Charlie who was from Skwah FN in Chilliwack, whose main language was Halq’eméylem. Elder Jimmy Charlie, who was his friend in the early 1920’s, told me that my grandfather spoke that same language and also spoke Chinook. (Chinook was a pidgin language used in the early 1900s and he used it so he could fish for the canneries.  I have copies of fishing permits in his name.)”

That personal connection of Chief Larrabee’s family lines and the land has even more significance when we look at the location of the school we’re re-naming:

“My Grandfather, Great-Grandparents and Great Aunt & Uncle are buried at St. Peter’s Cemetery, in 6 unmarked graves which state ‘For Indians Only.’ This location is only a few blocks away from the new school.” – Chief Larrabee.

Looking at a short-list of options, the Re-naming Committee wrestled with a big question: Should the name reflect the dialect we know was more often used here traditionally? Or should it honour the connection we have with Chief Larrabee and her family, as some of the last members of the once much larger nation?

After many careful and thoughtful conversations, the Re-naming Committee landed on a name they felt was a great fit for the school (for all the reasons laid out above), presented in a way that honours the connection to Chief Larrabee and her ancestors … while acknowledging the opportunity for deeper learning this can offer the whole community. And they moved forward with the recommendation for “Skwo:wech Elementary.”

And the Board agreed. So on Tuesday May 25th, 2021 they approved the name of the new school!

That is the story of how we have landed on “Skwo:wech Elementary.” It’s a name that we’re proud to move forward with, that came from a process that involved a great deal of collaboration and learning already, with more opportunities to build on for years to come.

Venerated in the stories and myths of the region’s Coast Salish Peoples, and given the fish’s near extinct status, by naming the new school Skwo:wech Elementary, we honour the historical, cultural and conservation importance of the sturgeon.

We look forward to sharing future opportunities and events that will help celebrate the new name and the new school.