Breaking through the mist: Grade 8 students recognized for music excellence… 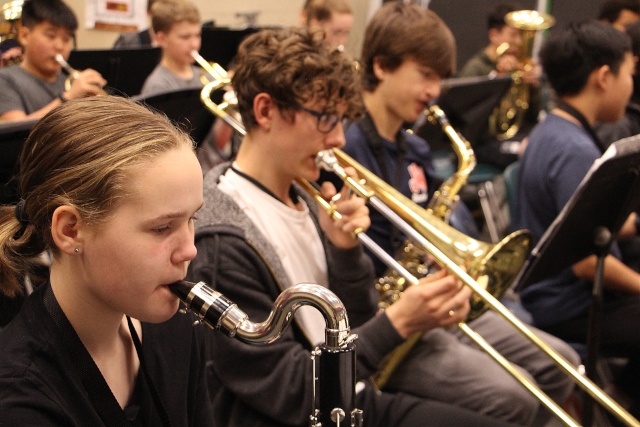 École Glenbrook Middle School concert band students  carry on where they left off last week after being recognized for their ‘gold’ standard performance at the Whistler Cantando Music Festival at the end of April.

May 10, 2019  – For the first time in the 19-year history of making music at  École Glenbrook Middle School, grade 8 band students have been recognized with a “gold’ award for their musical performance. 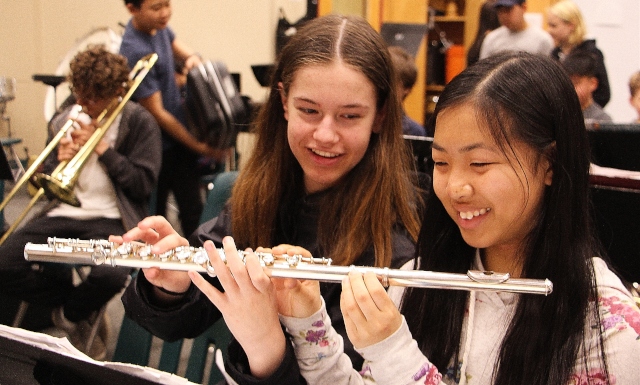 They were participating at the 2019 Whistler Canadian Cantando Music Festival  on April 26-28 with more than 2000 band and choir students from BC and Alberta.

As Band Director Peter Zaenker noted, it’s rare for grade 8 bands to receive a gold award, “simply because they are not at the level to be adjudicated in the same way as older groups.”

The fact that the band played contrasting compositions – including the rhythmic and flowing Where the Sun Breaks Through the Mist by Michael Sweeney, and the ‘habanera rhythm’ of a Spanish-style military march in The Crown of Castile by Johnny Vinson, showed their versatility.

The 44 students played a total of four original concert band pieces in the Whistler Grand ballroom during the three-day festival. 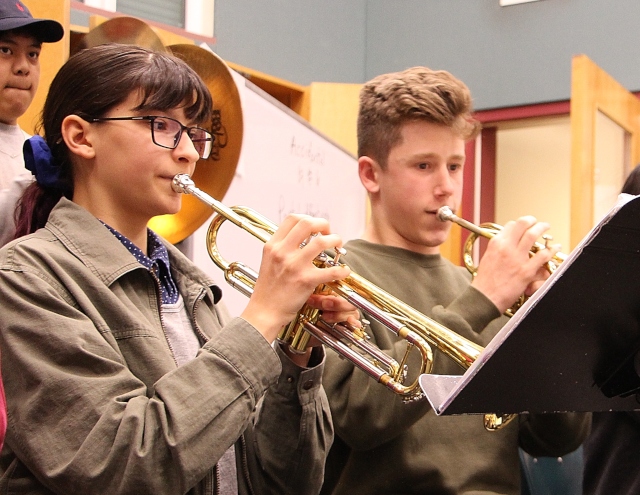 “The adjudicators praised the energy, intonation, and repertoire choices of the groups,” Zaenker said.

The focus of the weekend festival is to give students opportunities  to enhance their skills in workshops and meet other musicians, while supporting quality music education.

The EGMS musicians also got a chance to hike around a local lake and enjoy a weekend  of  friendships.

“It’s great to celebrate the accomplishment of the kids and the school,” said Zaenker. 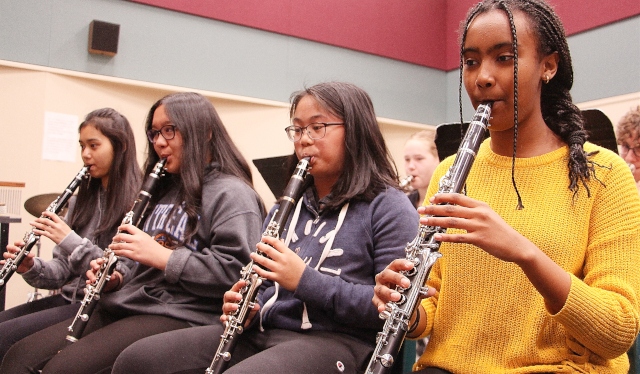 The EDMS student performances were captured at the festival and can be viewed here:

EGMS Grade 8 Concert Band performs: Where the Sun Breaks through the Mist by Michael Sweeney