All around Qayqayt Elementary there are little hearts on the walls and doors, marked with kind and uplifting comments … hearts made by students who were inspired to show their community a little extra love, as they took on the #ActsOfLocalLove bingo challenge this week.

In fact, elementary schools across the District were invited to participate in the game … teased with the bonus of being entered to win a draw for a prize. And the winning class? Qayqayt’s own Mrs. Che McGowan’s grade 3 class! 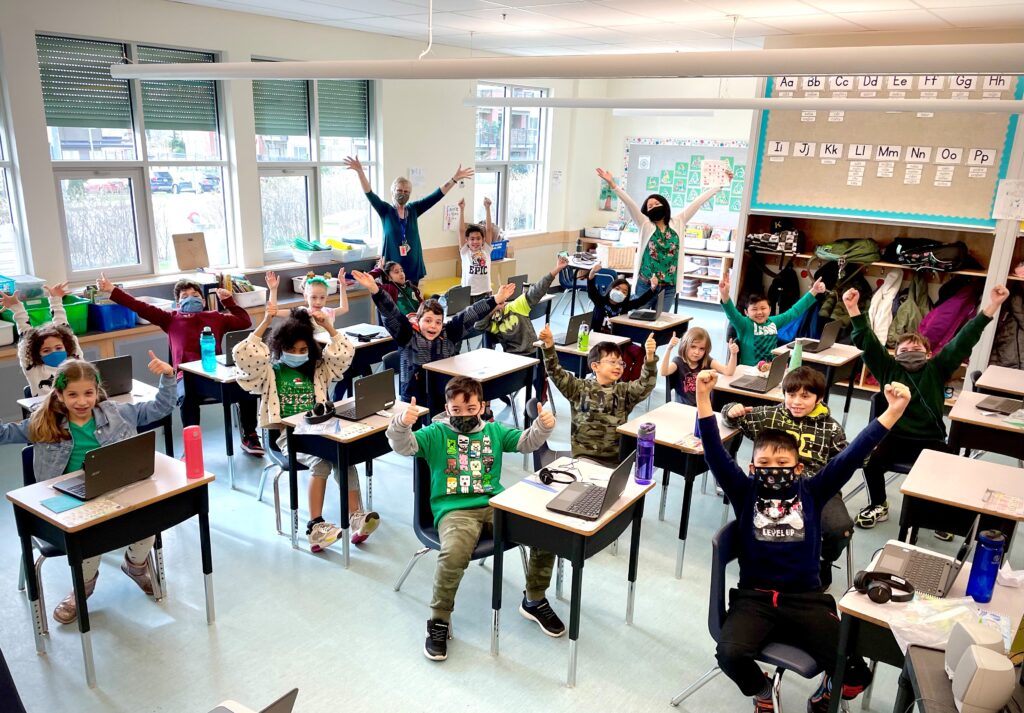 When asked what their favourite “nice things they did” were, hands quickly popped up in the air. They giggled as they talked about “air hugging” their friends, smiled as they remembered what it felt like to compliment someone in their life, and proudly recounted the emails they sent to people in the school to tell them how important they were. One of those emails even landed with their own Ms. Sikorra, an EA who works in their classroom who had been home for over a week. Did it make a difference? Yes. Ms. Sikorra was there to warmly reflect on how much it lifted her spirits to have the students reach out with such kindness and all the good thoughts. 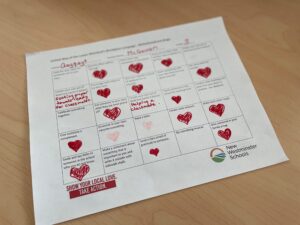 Acts of Local Love Bingo was inspired by the United Way of the Lower Mainland’s Acts of Local Love Challenge … and part of the United Way fundraising campaign that staff across the District were supporting over the last two weeks (with some extra props sent out to the staff at McBride Elementary for having the highest percentage of participation through the donations they generously made). 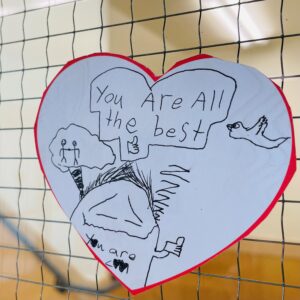 For the kids and their teachers, the bingo game was a fun way to remember that giving comes in many forms. And, as Mrs. McGowan shared with us, it was a great reminder too that kindness can be easy and small … but the act of giving can also be something that fills us up by making us feel good about ourselves, while we lift those around us up.