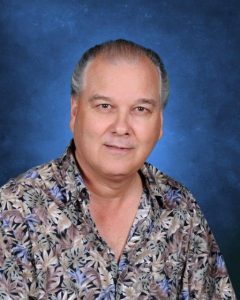 October 13, 2017 – It is with great sadness that we share the news that long-time New Westminster Schools teacher Ronald Poole has died at his home on Wednesday due to cardiac arrest. Grief counsellors from our Employees Assistance Program have been available to provide support, as have school and district-based critical incident teams.

All of us at New Westminster Schools extend our deepest sympathy to Ron’s family and friends.

Ron was born in 1951 and taught in Saskatchewan for 10 years before joining us at New Westminster Schools in 1992. He took up his teaching post at Lord Tweedsmuir Elementary School where he devoted 24 years of his teaching career. Lord Tweedsmuir Principal Sandra Cottingham called him a bedrock in the community who will be sorely missed.

Among the highlights of his time at the school was his annual rocket club –  featuring year-end rocket launches with his students –  along with his dedicated fundraising activities that left a legacy of high quality equipment, from sound systems to televisions, for the school community.  Cottingham noted that most recently, Ron embraced with much excitement the opportunity last year to teach at the district’s new Fraser River Middle School, where “he got a kick out of pursuing a deeper understanding the new curriculum.”

One of the unique accomplishments Ron was particularly proud of was the fact that in his travels around the world he managed to visit every major world museum, said counsellor and Lord Tweedsmuir colleague Scott Macleay. His interest in cultural ethnographies took him across most continents by boat, bicycle, motorcycle, bus, car and train, providing him with what Ron described as a rich experience in his education about humanity and himself.

Ron has been described by his closest friends as an intellectual, educator, sailor, world traveler, accomplished dancer and “one of the most sincere and truest friends anyone could every hope to have.”  He will be missed by family, friends and comrades. As he had requested, there will be no memorial service; however, donations may be made to the Heart and Stroke Foundation in his honour.