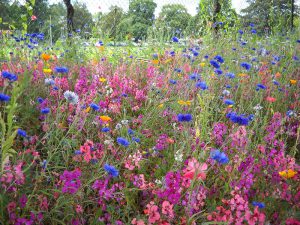 May 29, 2017 – New Westminster Schools is devastated after a 16-year-old female high school student died of a drug overdose and a second was hospitalized on Friday. Both were victims of what police described in an urgent warning as a ‘lethal’ strain of drugs in the city.

“Our heartfelt sorrow goes out to the family for the loss of their loved one,” Superintendent Pat Duncan said Monday. Both students were from a New Westminster Schools youth alternate program that provides important supports to meet the diverse needs of the district’s student population.

New Westminster police issued an urgent warning about a lethal strain of drug circulating the city immediately after the 16-year-old girl died from the unknown drug. The second student has since been released from hospital. Police said both students purchased the drug in pill form from the same street drug dealer.  New Westminster Schools is continuing to work closely with police as their investigation unfolds.

The district launched its critical incident response plan immediately Monday to support students and staff at Power Alternate Secondary School as they returned to school after news of the tragedy hit. The response includes extra counselors, school psychologists, and additional staff to provide focused follow-up interventions with students where necessary.

Angel Loyer-Lawrence has been identified as the 16-year-old student who died Friday.

She had recently moved to New Westminster and enrolled in Power Alternate School in the past few weeks.

Her family is raising money for a memorial service through GoFundMe and by June 1 had raised more than $2,700 of the $5,000 goal.

“Our team of experts is on site and will be there as long as necessary,” said Supt. Duncan.  “Right now we’re in the midst of supporting students with their grieving process. The students and staff are very close in the Power program, so this tragedy has significant impact.”

Support at Power has come from other quarters as well. Throughout the day Monday, food was dropped off by staff at NWSS Sigma alternate program; outside addictions workers were on hand from organizations such as Fraserside Community Services Society and Fraser Health;  and police school liaison officer Tim Callaghan, who has come to know many of the students, has also been lending his support at the site.

In addition, counseling support was offered at New Westminster Secondary School, where the repercussions of the loss are also felt.

The mood at Power Alternative Secondary School Monday was calm.

“We are a very close-knit community and in many ways like an extended family,” said teacher Jim Russell.  “The support from the district, from Sigma, and from New West agencies has been invaluable.  We are managing. Some students were close to the incident, others not.  We have established a sense of normalcy. Classes are continuing for those students on the periphery of this loss; for others, we are responding to their needs.”

“The tragedy we face here in New Westminster underscores the importance that we must continue to work together across sectors to provide support in all areas, from prevention and early intervention to harm reduction and treatment options,” said Duncan.