The draw for the 2017 May Day Suite was held at City Hall on Monday, March 6th.

March 10, 2017 – New Westminster Schools has been pleased for many years to contribute to the city’s May Day celebrations festivities through the school district’s May Day in Queen’s Park event.

This week, grade five student representatives from eight elementary and middle schools attended a special event at New Westminster City Hall on Monday, March 6 for the May Day Draw. The draw identifies which positions the school representatives will hold in the May Day Royal Suite – from third flower girl to May Queen.

Zoe Bishop of FW Howay Elementary School was named the city’s 147th May Queen and will be accompanied by her Royal Knight Trey Sidhu. Please see the complete list of our student representatives in the text box to the right. 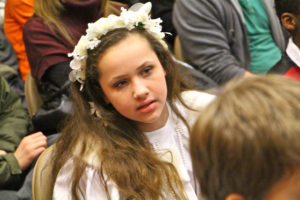 A representative of last year’s Royal Suite at city hall on March 6, 2017

In 2017, we are making student-friendly changes to our school-hosted  May 24 celebration in the Park. Today’s education curriculum is about engaging students and building core competencies that will carry them throughout their lives.  By making May Day in Queen’s Park more engaging and showcasing our students’ communication, personal and social core competencies, we are very much in the spirit of 21st century learning.

Members of the 2017 May Day Royal Suite will shine, not only as leaders chosen to represent their schools, but as extremely capable students who will showcase their public speaking and presentation skills while being front and centre as the hosts of the May Day celebration in Queen’s Park.  This will be the first time that the communication skills and leadership talents of the entire Royal Suite will be celebrated in what will be a student-run and student-friendly celebration that honors the raison  d’etre of May Day when it started here 147 years ago: to boost community spirit. 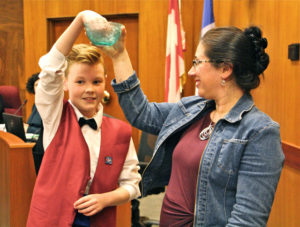 Our student friendly changes for May Day at Queen’s Park include:

In keeping with the long-standing May Day tradition, the Folk and May Pole Dances will remain as highlights of the celebration.

New Westminster Schools is devoting a day to the May Day event itself, as well as class time and commitment to making our contributions to the community a success and the participation of our students educational and relevant. We are proposing adjustments for this day that are meaningful and relevant to our students and to their learning. We are excited to see our Royal Suite stand out for their  leadership skills and community spirit. 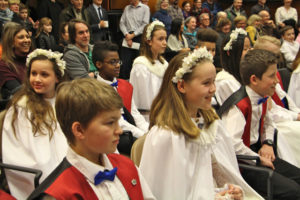 Changes in the May Day event have been unfolding over time.  At New Westminster Schools, the Board of Education’s May Day Task Force was commissioned in 2015 (November)  to review the school district’s participation in May Day. The task force was charged with looking at three different aspects of the May Day celebration in the park: the ceremony, the associated curriculum, and the Royal Suite.

The task force will embark on a community consultation process after May Day 2017 to solicit feedback on the changes made this year and to ask the public for further suggestions. 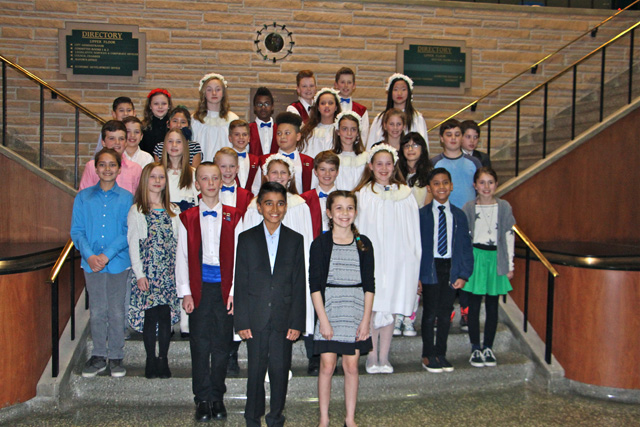