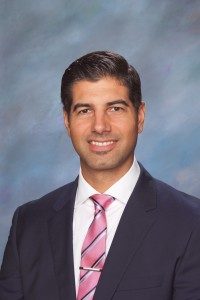 April 26, 2017 – New Westminster Schools is pleased to announce the appointment of Mr. Karim Hachlaf to the position of Associate Superintendent of Schools, effective August 1, 2017. Mr. Hachlaf brings more than 17 years’ experience working in the North Vancouver School District as a teacher, counsellor, District Administrator, Vice-Principal and Principal. He will join a leadership team committed to the principle of continuous improvement and excellence in creating and maintaining a robust learning community.

Mr. Hachlaf has served as principal of Carson Graham Secondary School since July of 2012. Prior to that, he served as principal of Seycove Secondary School and was an active member of the North Vancouver District Educational Steering Committee. Mr. Hachlaf has extensive leadership experience with the redesigned curriculum and leading learning in a collaborative environment.

Pat Duncan, Superintendent of Schools, said Mr. Hachlaf’s appointment followed a rigorous competitive process and welcomed the successful candidate to the District. “We look forward with excitement to the extensive educational leadership experience Karim will bring to our district.”