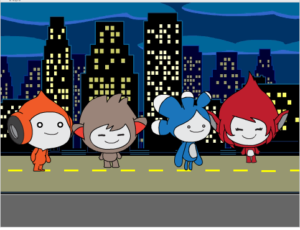 As “Pedalgirl” she’s right in there with her students, writing lines of computer code that create whole worlds on a computer screen.

And while her creations may consist of mice running after cheese, or little sprites dancing in rhythm with music, she is, like her students, improving her creative thinking, her logic, her critical thinking and her communication skills. 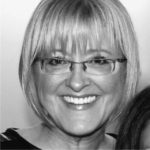 For kindergarten to grade 7 students, that’s a new program  that gives students hands-on experience  in using technology and gaining practical skills to solve problems. It means they could do anything from designing a garden watering system to creating an interactive computer story about the Black Plague in a Social Studies class.

The ADST curriculum embraces the key ideas that:

One of the highlights – for kids from kindergarten and beyond –  is learning how to write code in Scratch, the free and globally accessible visual programming language developed at the Massachusetts Institute of Technology Media Lab through the “Lifelong Kindergarten Group.” 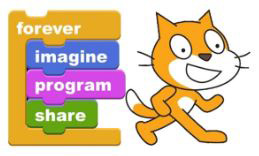 “It lets you build code with building blocks that click together. Kids can invent games, interactive stories and projects. They can ‘see inside’ the games of their friends and they can change what happens, add on, and share,” Carrington explained.

In the process, students are learning about ‘computational thinking‘  – a way of breaking down a problem into smaller, more manageable parts, identifying patterns and the principles behind them, and developing step-by-step solutions.

And because it’s actually a ton of fun, Carrington started a coding club at Queensborough Middle School in October.

The Hour of Code of is Here…. 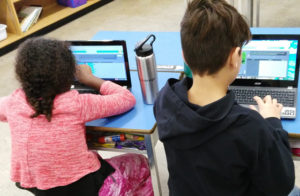 “Here in New West we have joined a global movement,” Carrington noted. Students throughout New Westminster Schools are on the frontlines of  an international phenomenon known as “The Hour of Code” —  a movement to get 10 million students around the world to try their hand at writing a few lines of code on a computer to make something happen.

The result might just be a circle that bounces or a robot that moves. But when it comes to the key role of computers  – in medicine and robotics, in engineering and agriculture – it’s a start.

Many of Carrington’s students and others from across the district joined the fun at an event this past weekend in New Westminster called  “Hack Our City,” part of a week-long Innovation Week at City Hall.  Activities included an “Hour of Code”  event for ages 6 to 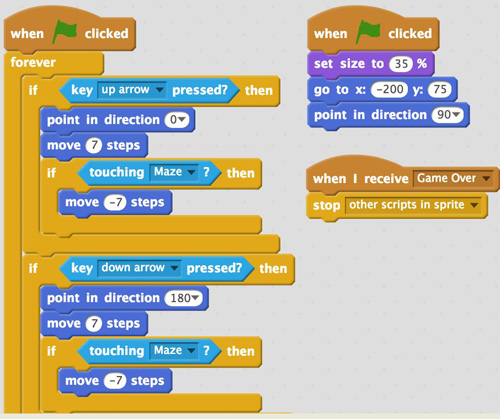 Coding from Scratch – step by step

12, as well as stop-motion animation activities with New Westminster’s “Techno Monkey Media.” Still other activities brought teams together to code a solution to a problem using robots, websites or mobile apps.  Participants in the activities used Chromebooks supplied by New Westminster Schools,

As Chris Sabiston, Director of Technology and Implementation at New Westminster Schools, noted: “Our kids are doing this stuff everyday. You’ve got kids five years old and up doing coding and making robots move.  And they really do have fun creating something.”

Decoding the mystery: A new way of thinking

For many parents and members of the community, however, it’s all a “bit of a mystery,” Carrington noted.  “What does it actually mean?”

A teacher for more than two decades, Carrington said she was a bit reluctant at the beginning to embrace coding.

“I really had to convince myself it was worthy before I adopted it. I’ve come a long way in a short period of time!”

Now, as the Queensborough Middle School Computer Science teacher, she is introducing the tools to other teachers – who can then incorporate the ideas behind ‘design thinking and making”  in their science, math, language arts or social studies classes.

“Traditionally, these applied skills courses started in grade 8 at New Westminster Secondary School or at middle school,” noted Maryam Naser, Director of Instruction at New Westminster Schools. “Now, the skills (for design and making) are integrated into the curriculum starting in kindergarten.” 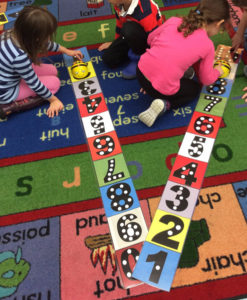 It looks like a bee, acts like a robot – and it’s a first step in computer coding fun!

At the kindergarten level, for instance, a highlight is the “Bee-Bot” — a colorful, easy-to-operate little robot.

“The children have a big mat with shapes and colours and they try to get the bee-bot to go from one shape or colour to another,” explained Sabine Decamp, technology facilitator at New Westminster Schools. The children can use up to 40 commands that direct the Bee-Bot forward and back, left and right. It’s the first step in learning how to program –  teaching children sequencing, estimation and problem-solving.

“All grades are involved in computational thinking – which is basically about developing strategies for solving problems, usually with the help of computers,” said Decamp, whose role is to support teachers to integrate education technology in their classrooms and implement redesigned BC curriculum.

For Carrington, one of the critical highlights is the fact that “the kids’ engagement with learning goes through the roof.”

“It’s more than coding. It’s teaching students a new way of thinking – and the kids are loving it.”