Sept. 14, 2016 – The announcement last week by BC Education Minister Mike Bernier that all school boards in the province must include sexual orientation and gender identity in anti-bullying policies has been welcomed at New Westminster Schools – where a gender and sexual diversity inclusion policy was approved in January 2015, and continues to be refined in support of a welcoming learning and working environment for all.

The New Westminster School Board and district administration have taken a leadership role in promoting awareness of the scope and impact of discrimination. In its efforts to ensure its policy remains relevant, meaningful and current, the New Westminster Board of Education in 2015 created a standing special committee on gender and sexual diversity. The committee includes parents, students, teaching and support staff, district and school administration, and members of the Board of Education.

“We are being more explicit in our protection and support of LGBTQ (Lesbian, Gay, Bisexual, Transgender and Queer) members of our educational community, and we are committed to continually refining our policies,” said Chris Nicholson, Director of Instruction, Learning Services.

Board Chair Jonina Campbell said, “I am proud of the board’s leadership role in developing the Gender and Sexual Diversity Inclusion Policy. We remain committed to an educational environment that actively supports diversity and is free from all forms of discrimination.”

The school district is highly supportive of this policy as demonstrated by its participation in New West PRIDE this August and will continue protecting its most vulnerable students, ensuring safety, respect and acceptance of LGBTQ students and others.

Proposed adjustments to the policy were discussed at the Education Policy and Planning Committee this week. These include detailed recognition of the profound social consequences that may be experienced by LGBTQ students, including discrimination, harassment, and social and emotional isolation. 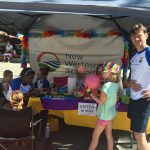 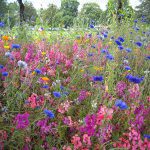