Sept. 2016 – When students arrived for their first day at the brand new Fraser River Middle School this month, they were welcomed to more than new walls and gleaming hallways.

“A building like this can have a huge impact — it opens the doors to learning,” says Principal Debbie Jones.

Parents and kids saw the school for themselves during an open house Friday, Sept. 2. The reaction? “Wow!” said parent Colleen Gillespie, who has just moved to the district and is already on the Parent Advisory Committee.

From Fraser River Middle School’s flexible learning spaces and bright natural lighting to its shiny new gym and double-height drama and multi-purpose space, the building is an inspiration for today’s learners – inspiring pride in the students and in the community.

See related: “Students Get New School for Back to School”

That was evident at the open house, a “tremendous show of parents and students” and a big communty event for tight-knit New Westminster, said Vice-Principal Phoebe MacMillan.

Debbie Jones, teachers, and staff will be welcoming a brand new student body of 460 grade 6 to 8 middle school students to a new year and a new school. With the completion of the third and final middle school in the district, grade 6, 7 and 8 students across the district will be served by schools dedicated to this critical age group. “It is now a coherent system,” said Jones, who has been involved in the planning process from the beginning. She described getting to this point as a “long labour of love.”

Teachers have been thrilled by the experience of being at the school in the last weeks of summer as they were preparing for the school year. “The whole school is gorgeous,” says MacMillan. “It’s a great learning space and we are all excited.”

Above the main floor hallway is an undulating wooden sculpture on the ceiling, evoking the rolling waters of the Fraser River that defines the city of New Westminster. That’s the first thing that grabbed parent Arran Barint’s attention at the open house. “I just love it,” she said. As a graphic designer, she especially appreciates design principles of harmony, balance and rhythm. To her eyes, the school has it all. For grade 6 student Rachel, who will be leaving Qayqayt Elementary school this year, the best part was the multi-purpose room with its big glass garage doors.

The school’s architect Mark Mathiasen says the design is intended to meet the “dramatic shift” in how we teach and learn. The traditional emphasis on the specialist meant that “kids went from classroom to classroom and from expert to expert, downloading information.”

The B.C. Ministry of Education’s new curriculum now focuses on personalizing learning. It is being fully implemented from kindergarten to grade 9 this year, with the option for teachers of grade 10 to 12 students to use it in their classrooms. As Mathiasen explained, “the spaces we have designed support this varied approach to learning. At Fraser River Middle School, we have designed a ‘continuum of space’ to address the critical need for flexibility.”

Principal Debbie Jones notes that middle school students are particularly open to innovative approaches to curriculum. “This is the age for them to explore.” She explained that classrooms are grouped in “learning communities” that can be opened up and interconnected so that teachers from different disciplines such as science and language arts can collaborate.

That means grade 8 students who might be studying the black plague in the MIddle Ages can explore the science behind the disease as well as the social history of the people of the time. Or they might study the ecology of the Fraser River as well as the living history of the First Peoples whose cultures were so deeply connected to one of the world’s great salmon rivers.

Mathiasen said the school’s design helps break down a school of some 500 students into smaller communities. “The idea is that in a larger school, people form social connections in a peer group with 150 people as the upper maximum.” Each of the ‘learning communities’ is oriented around a project space outside the classroom – an extension of the learning space, where students can collaborate and work in ways that are different within the confines of a standard classroom.

A Change for Everyone

The $17.6 million middle school is welcoming grade 6 and 7 students from Connaught Heights, Lord Tweedsmuir, Lord Kelvin and Qayqayt Elementary schools. It is also welcoming grade 8 students who until this year attended New Westminster Secondary School, which this fall begins to serve grade 9 to 12 students.

That’s a big change for many of New Westminster’s schools.

For Connaught Heights principal Jenny Richter, the prospect of focusing on kindergarten to grade 5 means a new dynamic for the school. Connaught elementary is a “little hidden gem tucked away” on the west side of the city that serves a diverse but small population of under 200 students.

At Lord Tweedsmuir Elementary school, Secretary Paula Bates is going to miss her ‘older kids” – but also says she looks forward to getting to know the younger ones better.

“To kids, it’s important that you know who they are…and I always make sure to know everybody’s names.” For Bates, that will be easier than for most. Three generations of her family have attended Lord Tweedsmuir, starting with her father who was born in 1932, followed by herself and her siblings, and then by her children. Bates still lives just three blocks from the school.

The completion of Fraser River Middle School is part of a comprehensive facilities plan to meet the immediate and future needs of the district. Qayqayt Elementary school opened its doors in 2014 and was the first of three new schools planned for the city. The announcement this June 2016 of funding for a replacement for the district’s only high school will be the final major piece of the puzzle. 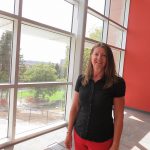 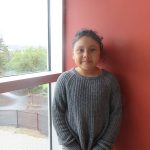 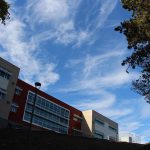 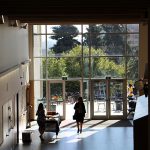 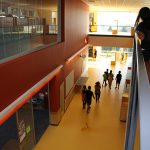 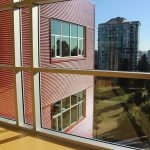 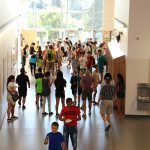 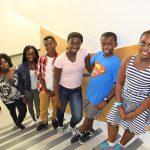 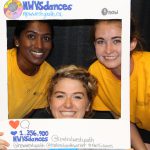 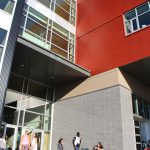 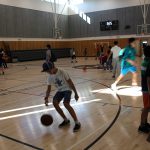 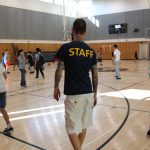 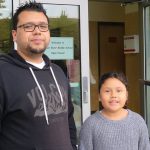