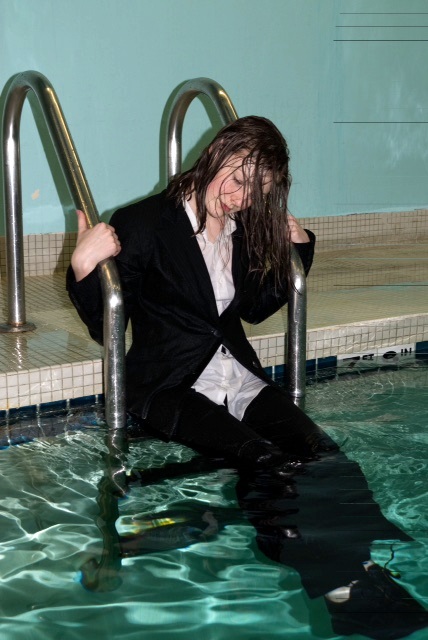 “Swimsuit” by artist Jadie Hill, Grade 12.  Jadie was awarded the Visual and Performing Arts Department’s Appreciation Award for the work she has done and the positive attitude she brings to the department.

Student art stands on its own two feet…

For the first time, NWSS student art is being featured in a public exhibition in The Gallery at Queen’s Park. It’s an event that  promises to be an annual tradition, thanks to the Arts Council of New Westminster. 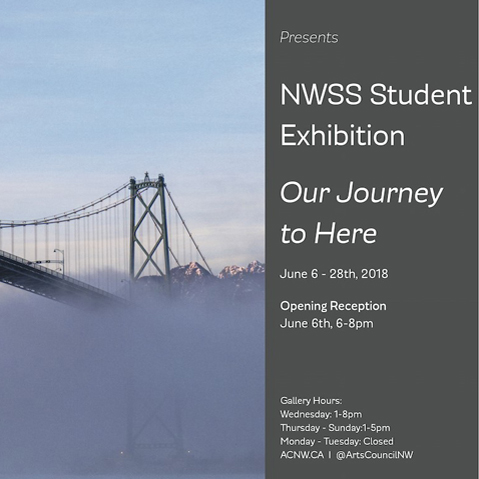 The show runs from June 6th to the 28th.

“After doing art in the safe space of a classroom as a school project, this time, students will be letting their work stand on its own two feet,” said NWSS Art Instructor M.J. Hunt.

Hunt said students chose their own works to display at the gallery in what will be an eclectic show of painting, photographic art and sculpture.

The use of digital media, for instance, has led to some creative exploration. In one of the works on exhibit, architecture and humanity are juxtaposed in what Hunt described as a “super glorious image.”

Another student’s image uses a drone to capture Vancouver’s city centre. That image will be featured in the international finance publication, Forbes Magazine.

The exhibit is also timed to celebrate the transition of students from high school to the the next stage of their journeys. On June 28 students will convocate in a ceremony at the Queen’s Park Arena.  Families and students can celebrate the event by posing for photographs at the gallery, with student art as a backdrop. 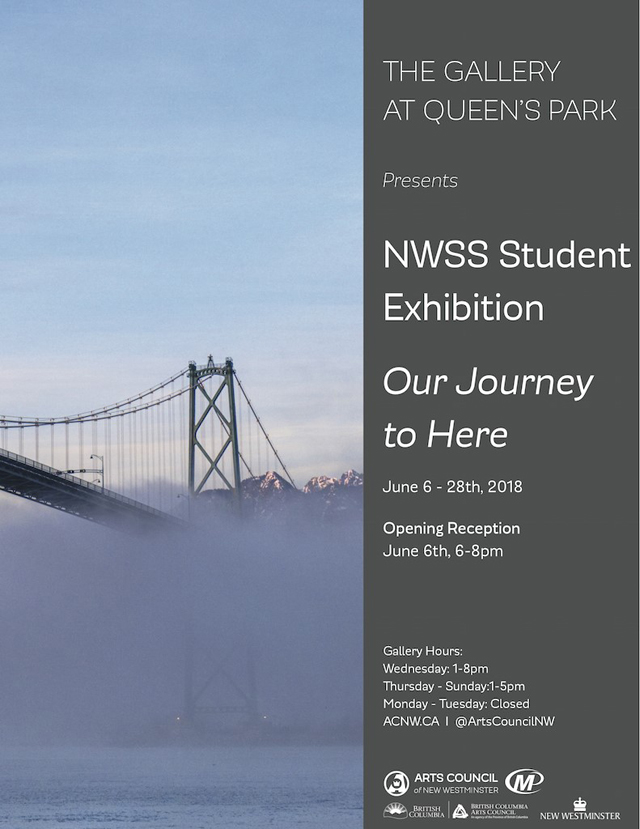