Putting the wonder in winter performances: At QMS, everyone’s in on the Act!

Dec.14, 2018 – Students from kindergarten to grade 12 across the district are putting their hearts into winter performances of song, dance, music and drama. 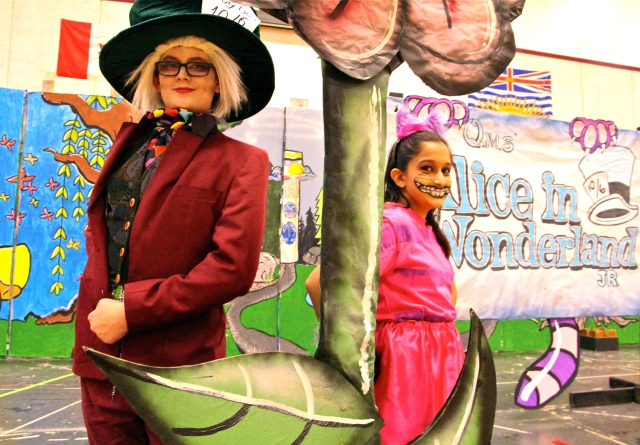 At Queensborough Middle School, the collaboration, learning, passion and excitement was on display this week – as students put the ‘wonder’ in Disney’s Alice In Wonderland musical performance.

And at QMS, everyone was in on the act.

From behind-the-scenes sound support to makeup artistry, and from costumes and stunning sets to scene changes and choirs –  every student in the school had a part to play.

Each year, the play that will be performed is announced at the school’s first assembly of the school year.

“Pretty quickly after that, everyone gets involved to make it happen,” she said.

Students in this year’s performance included a range of actors for the Queen of Hearts, the Dodo Bird, the caterpillar, a doorknob, and Tweedle Dum and Tweedle Dee. 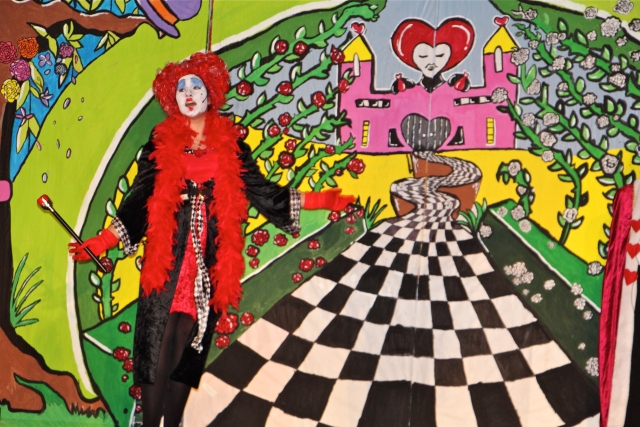 Students, with the guidance and longstanding dedication of teacher Sukh Rai, are the artistic geniuses behind the eye-popping stage sets.

And this year, sets clearly captured the local scenery. One depicted Ryall Park near the school. Another incorporated a psychedelic, wildly colourful First Peoples’ canoe paddling through a river of tears shed by Alice as she shrinks to a height of three inches. 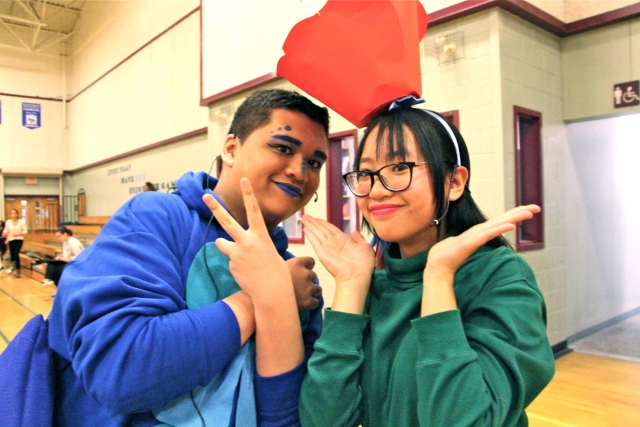 “These plays are part of our school culture,” said Nasato.

She noted that every staff member gets involved for a performance that is the culmination of learning that fits into the curriculum as well as the development of what’s known as students’ core competencies.

At Queensborough Middle School, this key approach supports the understanding that students can master skills – in mathematics or in acting for instance – through an  understanding that effort, perseverance, and strategies can lead to success more than innate ability.

The school-wide dedication to the annual performance allows some students to shine in ways that they might not in the traditional classroom.

“It gives us an opportunity to see our students’ potential when we see them through a different window,” Nasato said

This year’s production involved parents who contributed items for costumes and Christmas Food Hampers as well as the QMS Parent Advisory Council, which organized a ‘Basket Fundraiser’ to support the students and the production. 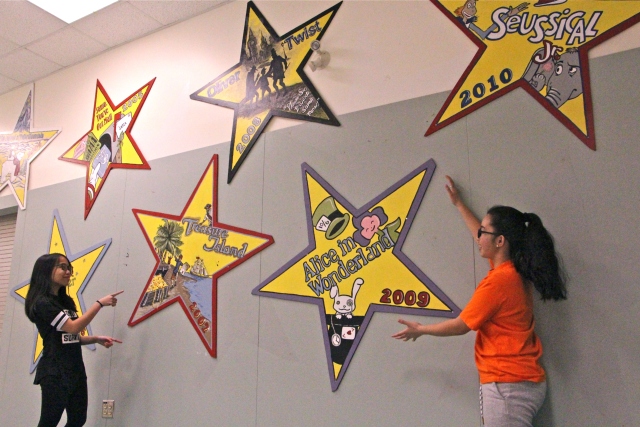 Musicals and Drama productions are a longstanding annual tradition at Queensborough Middle School.  The last time Alice in Wonderland was performed was in 2009.