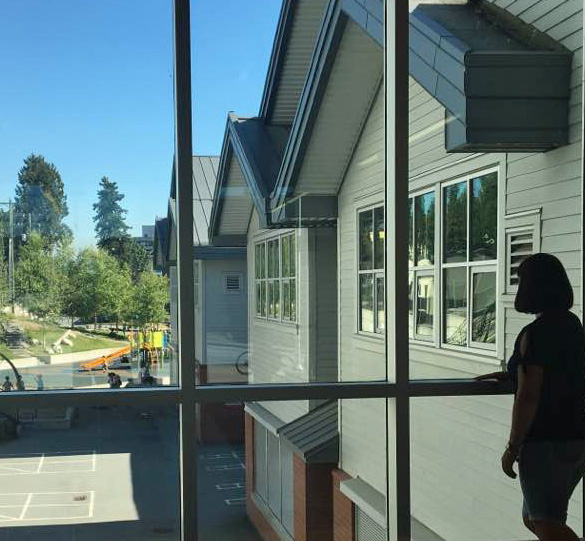 One of Principal Karen Catherwood’s favorite views is the foyer of École Qayqayt Elementary School. That’s because it’s filled with natural light.

And natural light is one of the features of a cutting-edge school building that’s been recognized with a LEED Gold certification — the ‘international mark of excellence’ for environmental design.

École Qayqayt Elementary School is the first building in the New Westminster Schools district to be recognized with the certification, awarded by the Canada Green Building Council for leadership in energy and environmental design. The school opened its doors for the first time in September 2014, is named after the Qayqayt First Nation, and is home to over 480 Kindergarten to Grade 5 students.

A plaque that celebrates the achievement is now in the foyer of the school.

“We’re pleased with it,” he said. “There’s a lot of extra work involved to meet the Gold standards.”

It means parking lots feature electric plug-ins — and hallways and rooms feature a lot of natural light – which is great for kids while also helping reduce the use of electric lighting and improving the sustainability of the HVAC (heating, ventilating and air condition) system. 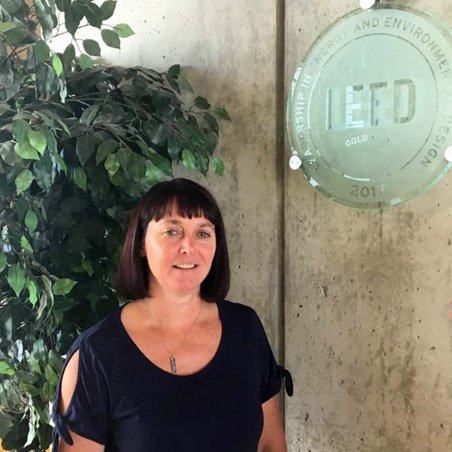 “My favorite sight-line is in the foyer. There is just so much natural light, and the wood in the building is beautiful.”

Catherwood, who has taught in the district for some 27 years, has fond memories of working in some of the more historic buildings in the district, particularly the now replaced John Robson school, built in 1928. Environmental features at the time included critters who were known to come crawling out of the woodwork –  and “squirrel wrangling” became an acquired skill, she laughed.

She appreciates some of the more up-to-date features of her more recent school home. “This really is a beautiful building,” she said.