The whole school was in on it – and the result was fireworks!

École Qayqayt Elementary School launched a school-wide “Lip Dub” video of every student singing in the hallways and stairways that is as fun to watch as it clearly was to make.

Just ask grade 5 student Gabriel Junio. He shot the entire video in virtually one take while walking backwards. As his camera was running, students poured out of classrooms dancing and lip syncing to the Katy Perry song “Firework” piped out through the speaker system.

By the time the entire school congregated in the gym — while still singing — the excitement of a huge group effort was shaking the rafters. 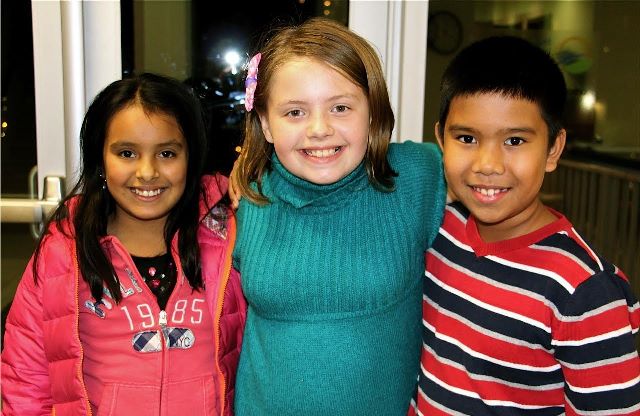 Three grade 5 leadership students presented the video to New Westminster Schools’ Board of Education this week.  Gabriel Junio, Aeron Elcheshen, and Breanna Cruz Penate explained that school students chose the song, created the dance, taught the steps to their fellow students, and volunteered for lipdub parts. Each class chose a costume theme and worked together as the video was shot.

For Gabe, who wanted to be the cameraman and who shot the whole film in 45 minutes, it was “pretty hard going backward down the stairs.” For Breanna, “It was really fun and I think everyone was happy when we were all in the gym dancing to the song.”

Many notes create a masterpiece

École Qayqayt music teacher Allison Penner told the Board she wanted to explore with the school how a sense of community could be created through music.

As Penner explained, the “Big Idea” at the heart of the Oct. 27 project was that “individual notes together create a masterpiece.”

“I have sung in choirs all my life and I know the power of it, of having a common purpose,” she said. “This project allowed the whole school to work on a masterpiece together.” 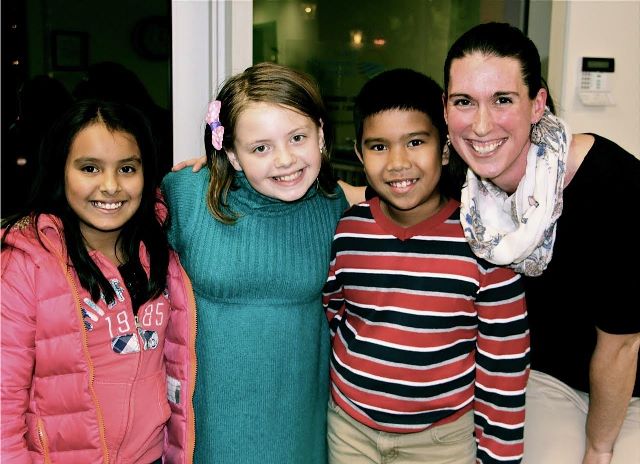 Vice-Principal Paul Manville told the Board of Education on Nov. 29 that the school-wide project was a major step toward not only having fun, but in realizing the Qayqayt school learning goal of creating opportunities that nurture a positive school culture and climate.

With the shift to the middle school system in the district, École Qayqayt is now a kindergarten to grade 5 school rather than a K-to-7 school. That’s a major change for school culture this year.

“When Allison pitched this to us, I thought the project was ambitious. But what you see in the film took place in 45 minutes – between recess and lunch. It all just came together,” said Manville. And the school pride reflected in the gymnasium speaks volumes, said Manville.

Penner noted that BC’s redesigned curriculum, now in effect across the province from kindergarten to grade 9, supports learning environments that  are innovative, bridge different disciplines, and emphasize “big ideas” that create a deeper understanding of concepts and process.

She wanted to support collaboration across the entire school, as well as the leadership role of the Grade 5 students, and noted that in the future, students will do more of the filming and the editing. For now, the plans are to share the film in the community – and maybe get more schools involved.

“Hats off to Miss Penner to be thinking that big!” said New Westminster Schools Trustee Jonina Campbell. She noted there were lots of ways to build school community and culture – but to see every single student part of such an inclusive project was impressive. “It really makes a difference in the lives of the kids.”

And who knows? The next big idea just might be a New Westminster Schools Lip Dub Challenge across the entire city…