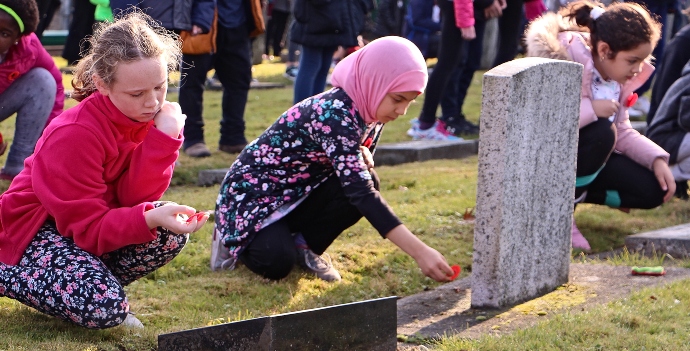 November 4, 2019 –  This week, more than 200 students from both Richard McBride and École Herbert Spencer elementary schools knelt at the gravestones of Canadian veterans. 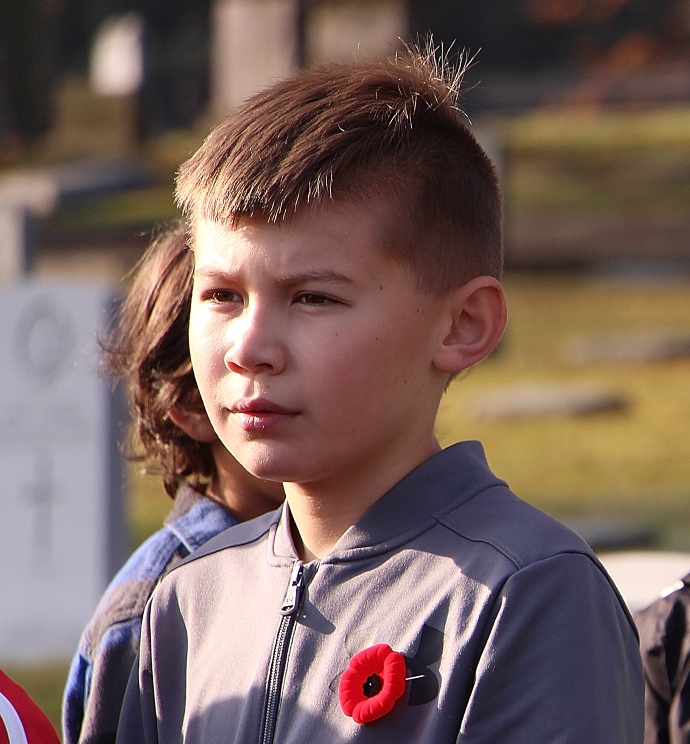 In silence, each student placed a poppy on a headstone.

As they did, they were encouraged to read the name of the person who risked their life to save others,  ensuring that ‘no stone is left alone’ on Remembrance Day.

“What an amazing feeling it is to see so many children walking into this cemetery to honour our veterans,” said Karen Baker-MacGrotty, Honorary Colonel of the Royal Westminster Regiment and Master of Ceremonies for the “No Stone Left Alone” event.

“Your presence here shows you understand the need to recognize their sacrifice.”

Baker-MacGrotty said the simple act of remembrance would be an experience students will never forget.

Soldiers, peacekeepers, humanitarians: Risking their lives for others

They were young, as we are young

They served, giving freely of themselves

To them, we pledge, amid the winds of time,

To carry their torch and never forget.

We will remember them. 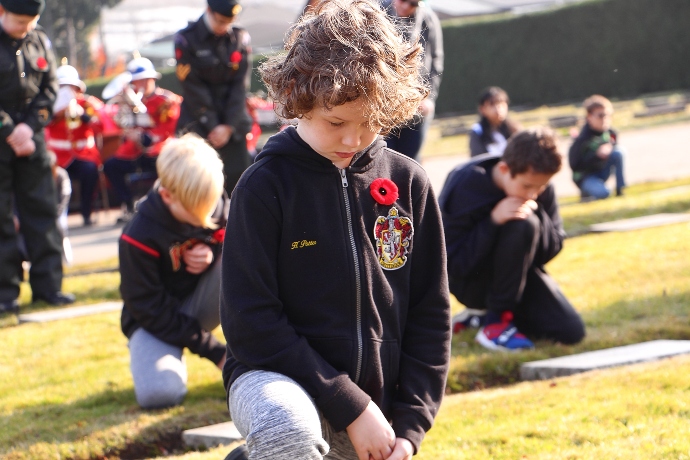 Canada, and the third event in New Westminster.

More and more students are visiting cemeteries in November to place a poppy on the headstones of veterans who lost their lives.

They include soldiers who risked their lives, not only in the First and Second World Wars – but in military conflicts from Korea to Afghanistan.

They also include peacekeepers in Cypress, the Congo, or Rwanda, and those who contribute to international humanitarian relief efforts in places like Sudan.

As Reverend Richard Leggett of New Westminster’s Holy Trinity Cathedral told students, “Sometimes these events can seem like a long time ago.”

However, he noted that in his own family, there were veterans from more recent conflicts.  And he reminded the gathering that First Nations in Canada were among those who continue their own struggle for justice.

The students also heard from special guest Senator Yonah Martin  – the first Canadian of Korean descent to serve in the Senate of Canada, and the first Korean-Canadian parliamentarian in Canadian history.

“I would not be here today if Canadians had not gone to Korea,” she told the students. Twenty-six thousand Canadians fought on behalf of the United Nations in Korea; 516 died.

“Talk with your grandparents.  Share your family histories,” said Baker-MacGrotty. “Learning about the past can help us shape the future.” 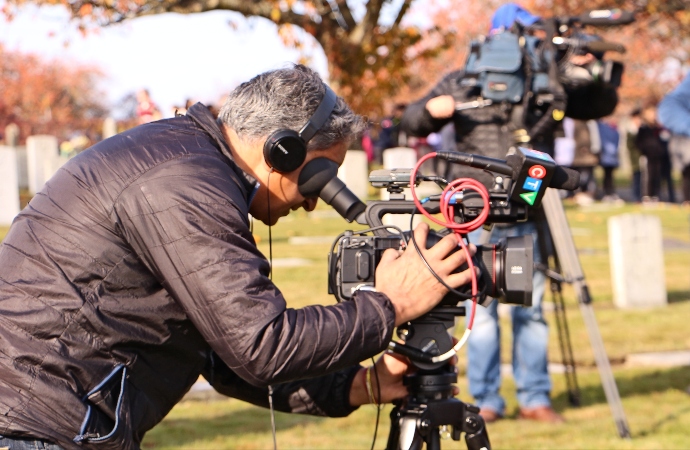 The No Stone Left Alone television footage of New Westminster Schools students will also be featured in a national Global TV broadcast for Remembrance Day on November 11.

The first ceremony took place in 2011 in Edmonton. 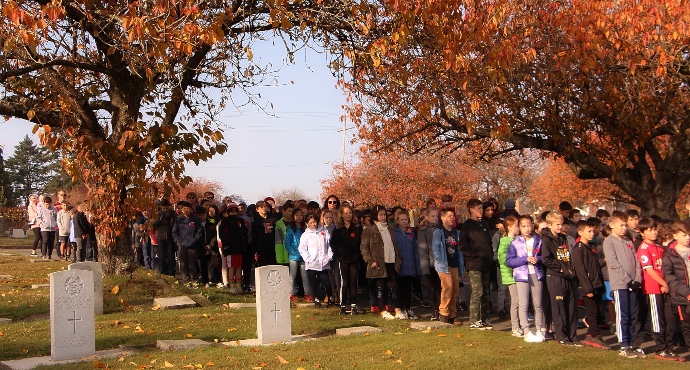