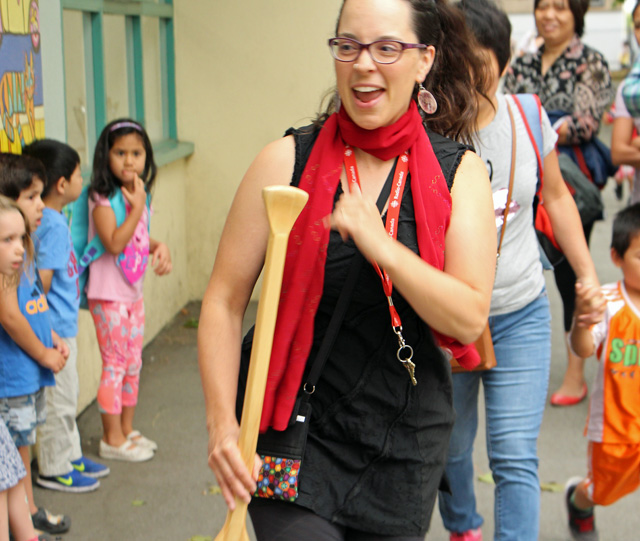 Paddle in hand, teacher Danica Jovanovic launched her brand-new kindergartners on their learning adventure this week. 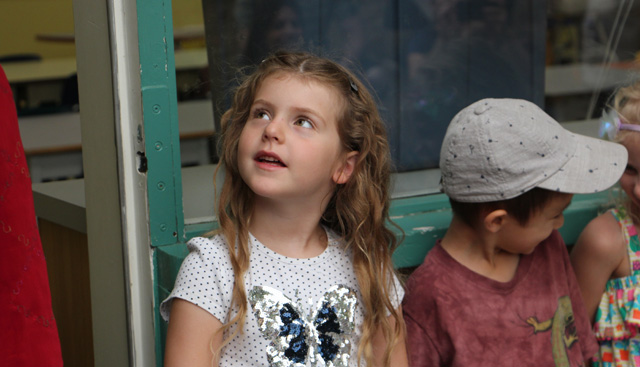 She was on the front steps in her shiny black boots opening the big doors of the 1946 school as Mom Tiziana caught up.

“I promised myself I was’t going to cry,”  Tiziana laughed as Andy threw herself into the imaginary boat paddled by Ms.Jovanovic and followed her teacher into the classroom.

Students in the early French Immersion kindergarten class were treated to guitar music and a chance to sing Bonjour with their new teacher.

For their part, parents at the school were treated to coffee in the gym where Principal Sandra Cottingham celebrated the beginning of a new year.

“We are excited to have you back, and looking forward to a super-positive year,” she said.

School’s back and safety matters…

Now that school’s back, students in New Westminster are encouraged to take safe walking routes to school and drivers are reminded to slow down. Each school in the district features a safe walking route and safety tips sheet on its school website.

At École Lord Tweedsmuir, crossing guard Melinda Ovington is part of the community – she’s been shepherding families safely across the street for half a dozen years here, both mornings and afternoon.

“If I have any advice right now, it’s to be safe and don’t jaywalk!” she said.

“Even the neighbours who pass by let me know if their schedules change, so I won’t worry!  It really is the beauty of being in a small community.”

Also on hand at Ecole Lord Tweedsmuir for the first day of school was Const. Todd Sweet with New Westminster Police, who was there to remind drivers to slow down. He  had his motorcycle lights flashing, alerting drivers to the fact that school is back  — while thrilling children who stopped to have their photos taken with him.

Const. Sweet said police are covering several schools in the district this week – and there’s plenty of evidence that some people need reminders to obey the law.  “A lot of people are driving and not paying attention, ” he said, noting that the results can be tickets for speeding and driver penalty points.

Students will be in session at schools all day for the rest of the week. 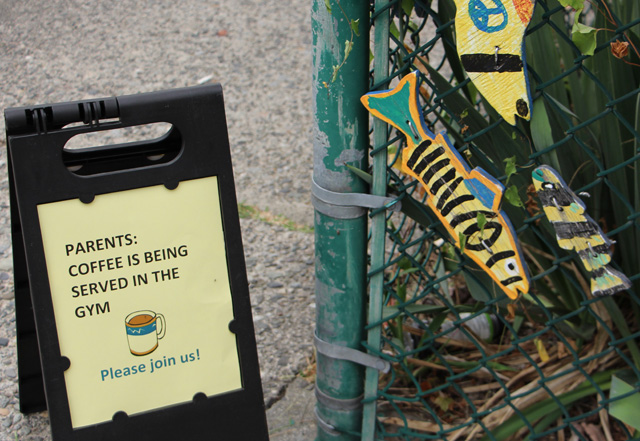