The World in a Teacup: Learning turns a new leaf at Fraser River Middle School 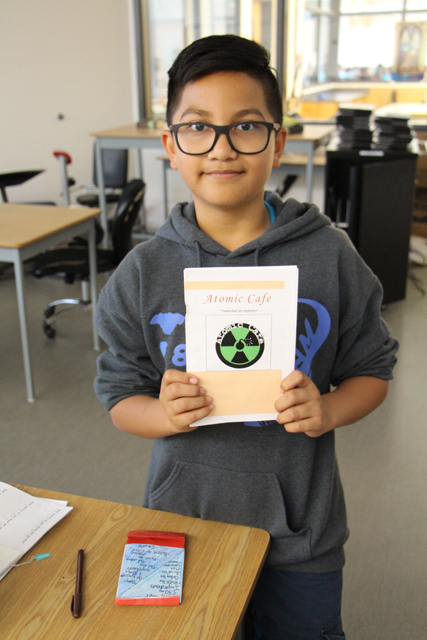 What’s in a cup of tea? A bit of chemistry, a lot of culture  –  and no shortage of learning!

Teacher Jenn Weisner wondered if there was a way to study chemistry, language arts, French, First Nations culture, and applied design – all in a cup of tea.

“I wanted to take on a project that almost every student could make a connection to, no matter what culture they might come from.  And tea is the second most consumed beverage in the world after water. Students can all identify with it.”

For nearly three months, grade 7 students at Fraser River Middle School were embarked on a ‘project-based’ approach to learning a variety of middle school subjects – focusing on tea.

They each developed their ‘signature blend of tea’ — which they showcased to parents, students and guests recently in the “Fraser River Tea Tasting Room.” 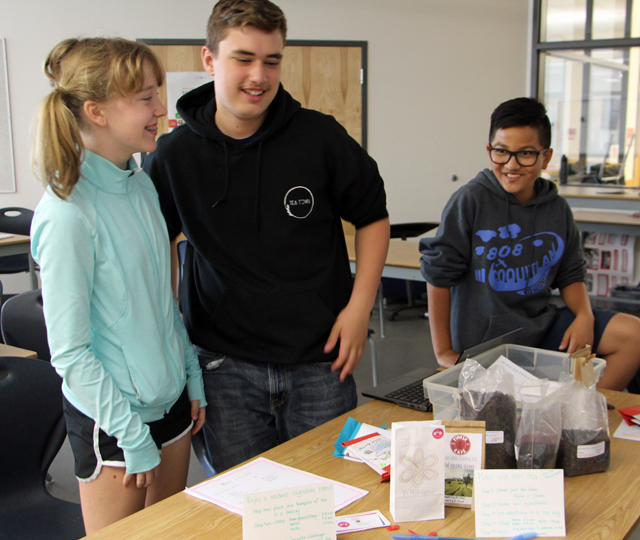 In the process of developing their projects, they incorporated some basics of chemistry in their learning. For student Elisse, that meant mixing solutions of hibiscus leaves and cinnamon with a dash of fresh orange for acidic balance – and sweetness.

“It’s a cold tea, because my birthday is in summer!” she said. “The orange makes it fresh and doesn’t overpower the hibiscus.”

Jeremiah is a grade 7 student who’s probably got the most explosive taste in tea. He named his signature blend “The Atomic Cafe” – which he felt should best be located in a bunker.

“I took a stronger approach using black tea, oolong and mint, ” he explained.

As Weisner notes, “tea is a way of introducing chemistry to students and shows that chemistry is part of everyday things. It involves mixing solutions (solids suspended in liquids) and compounds. It includes pH or the scale of acidity of liquids. And tea also contains elements on the periodic table.” 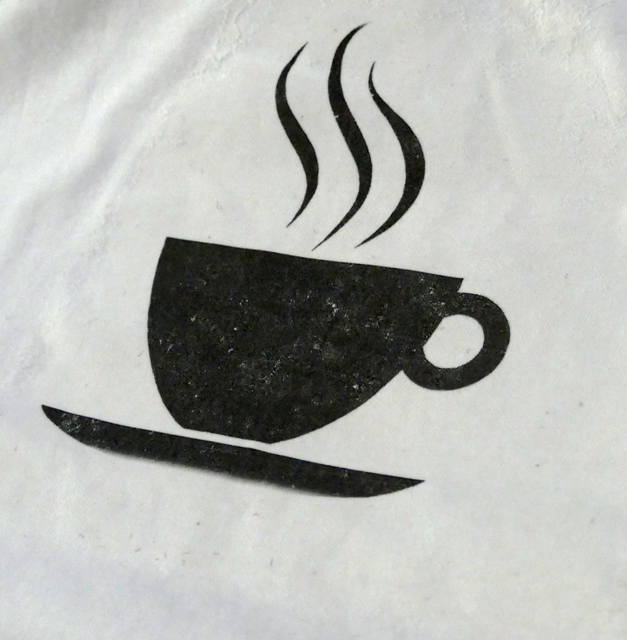 The students also incorporated design and technology in their tea explorations. Grade 7 student Erik and Jeremiah both used 3-D printers and computer programs to design menus, create logos, and develop merchandise for their tea cafes. Erik created the TeaTown Hoody that he was wearing, along with an on-line menu for his International Tea Emporium. 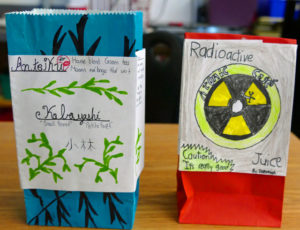 Naturally, Weisner’s students managed to incorporate biology and culture into their studies. Tea is generally associated with two varieties of an evergreen shrub called ‘camellia sinensis” or ‘tea flower’  – one associated with Chinese teas and the other with Indian Assam teas. It’s the source of white, yellow, green, oolong, black and pu–erh tea.

However, Weisner said she was originally inspired to undertake the tea project after the district’s Aboriginal Education Coordinator, Bertha Lansdowne, introduced students to a First Nations unit on tea.

One of the results was that students researched some 50 different plants, trees, flowers and berries associated with Northwest Coast peoples. They learned about nutritional and health benefits of many of them – from frogleaf to stinging nettles and fiddleheads.

The students were then challenged to incorporate a description of medicinal or healing properties with their tea packaging – in French and English.  According to the student label for “Live-long Oolong Tea,” for instance,  it can prevent cancer, tooth decay, osteoporosis and heart disease.

Along the way, students kept tea journals describing what they learned. Elisse’s journal was – not surprisingly – tea-stained.

A new approach to learning…

The conversion of school learning space into the “Fraser River Tea Tasting Room” in June was the highlight of the months of learning. 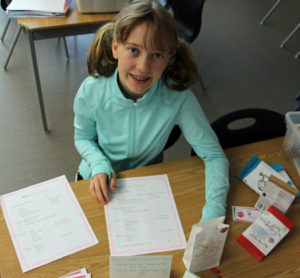 Four different teas made from white, green, black and oolong bases were shared with parents, students and guests, along with 15 special ingredients that guests could add to their tea.

Student menus for their tea cafes were in both French and English – and every cafe included First Nations items, from Wild Gitigan Salad and pemmican to bannock.

Principal Debbie Jones noted that “lots of parents showed up, the kids were engaging, and it was fun. The cross-curricular approach was fantastic and made the different subject areas for students much more accessible,” she said.

The months-long multi-disciplinary, project-based approach was new for Weisner. She said it was a success in large part because she had “buy-in from the kids.”

“I was so impressed with how professionally the kids developed their work,” said Weisner. “In fact, I was blown away by what I learned about the students from this. There were so many components to the learning.  It allowed students, even if they didn’t feel they were good at one part of the project, to excel at another. I saw the pride from the kids in what they were doing.” 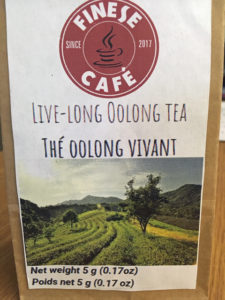 She said the development of the overarching learning unit was supported by New Westminster Schools’  team of three teacher facilitators who provided critical insights and guidance as they worked together to design the approach to cross-curricular learning –  part of the focus of BC’s new curriculum.

“The role of the facilitators was really important. When you get teachers together who are innovative, it’s just inspiring!”

Weisner noted that some subjects were approached somewhat differently from the norm. In learning French, students may have missed out on some of the more systematic approaches to grammar, for instance.

But Weisner said students instead learned by applying French in their projects.  “If you think about how people have been learning languages over the ages, they listen, they apply, and they experiment. They don’t necessarily worry about grammar to begin with.”

For student Elisse, the focus on the topic of tea “was a bit odd at first. But it was really different, and I enjoy doing different things.”  Jeremiah thought it ‘spiced things up.”

Said Weisner with a sigh of relief: ‘If  students are not engaged, it can be a long time to be involved in something you don’t necessarily care about!” 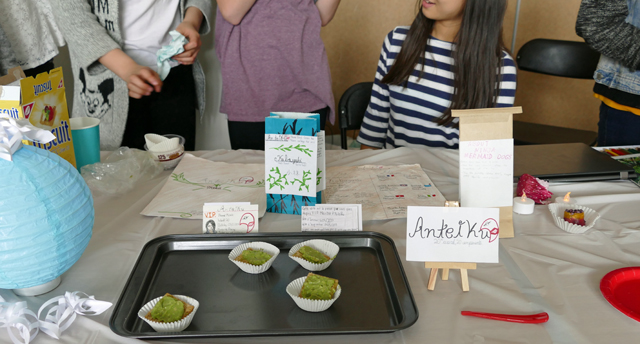