Nov. 10, 2016 – The echoing words of students reciting “In Flanders Fields” was one of the haunting vignettes offered by New Westminster Secondary School performers Thursday in honor of those who sacrificed their lives in war.

So moving were the student performances for the Remembrance Day ceremony that guest speaker Lieutenant-Colonel Dave Vernon, of the Royal New Westminster Regiment, told the packed Massey Theatre it had left him speechless.

The torch is lifted..

Students stood in front of images of the battles like Beaumont-Hamel in northern France, fought exactly 100 years ago this year, to highlight the sacrifices of Canadians in war. At Beaumont-Hamel, members of the Newfoundland Regiment were hit especially hard, with only 68 of the more than 800 men surviving the night.

Overall, more than 24,000 Canadians lost their lives in the battles of Somme and Beaumont-Hamel. 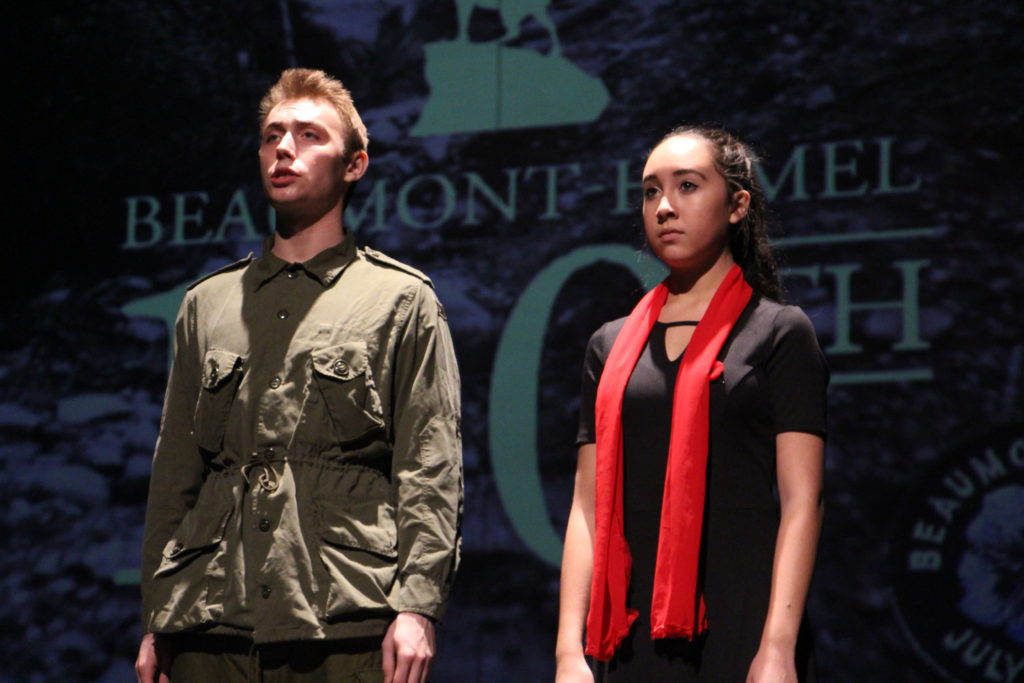 Kelly Proznick, head of the NWSS Fine and Performing Arts Department, said students take their responsibility for the Remembrance Day ceremony seriously, leading to what  Lieut-Col. Dave Vernon called the “outstanding” professionalism and quality of their performance Thursday. 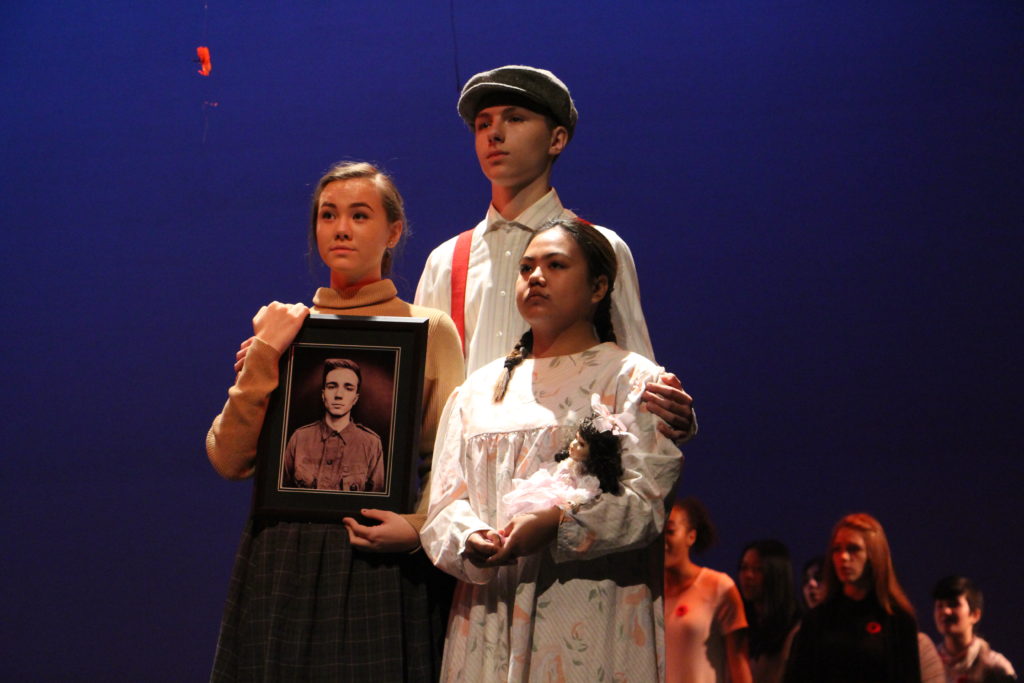 A New Generation of Veterans

Lieut.-Col. Vernon reminded the student audience, along with New Westminster Schools trustees, political representatives and other guests, that a whole new generation of veterans can be numbered among those of the Second and First World Wars –  men and women who have fought in Afghanistan, or those who have served in peacekeeping forces.

The Royal Westminster Regiment as one of the oldest and largest regiments in the province had sent more volunteers to serve in Afghanistan than any other regiment in B.C., in a war theatre where 158 Canadian soldiers lost their lives. Infantry soldiers from the Regiment have also served in contemporary operations with United Nations and NATO in the Middle East, Cyprus, the Balkans, and Africa. 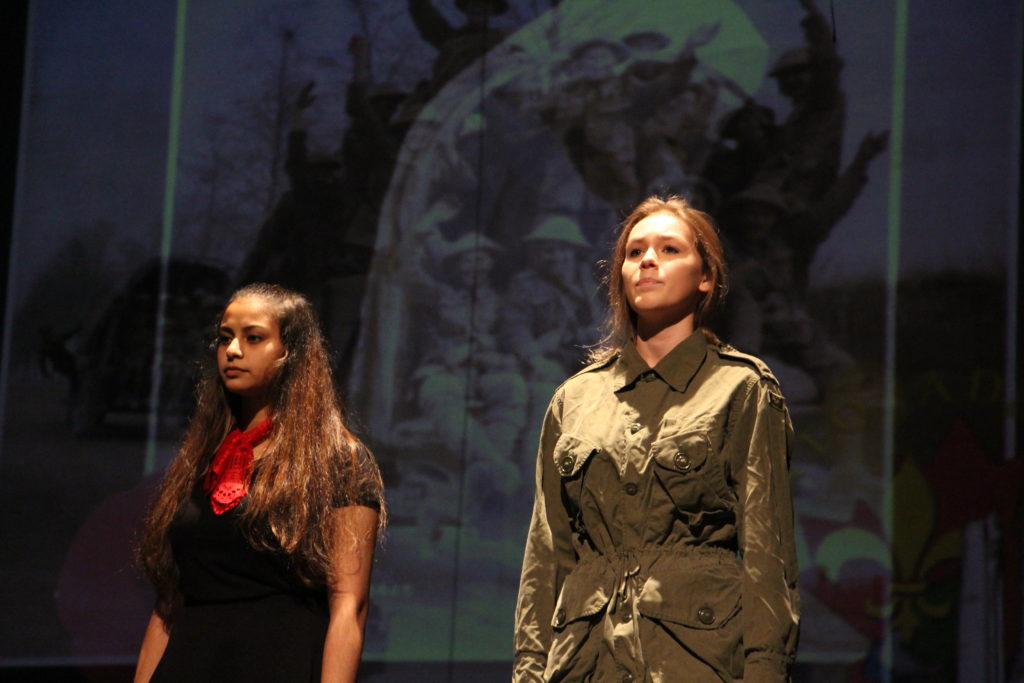 As volunteers, these are people who have a choice and who are driven by a sense of duty. “These are the ones we do not forget,” Vernon said.

He also said that wearing a poppy does not signify a glorification of militarism but instead recognizes the terrible price of war. “Nobody understands war like those who fight it. War is a tragedy and it is destructive,” he said, and those who forget history are bound to repeat it.

Remembrance Day services were held throughout the New Westminster School district Thursday, each one featuring students honoring the sacrifices of the men and women in the Armed Forces and in peacekeeping missions. Details about the school ceremonies will be shared in upcoming newsletters.