Your feedback on plans for a new Richard McBride elementary school 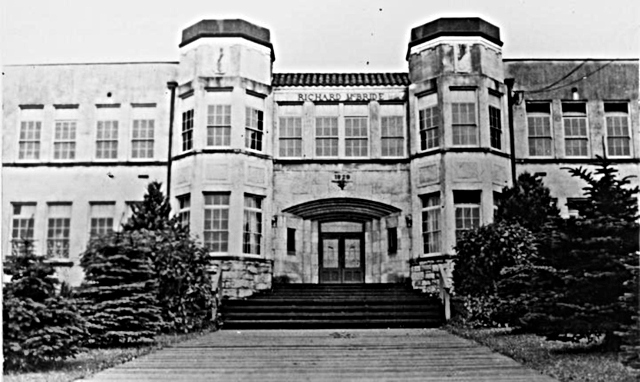 After a public celebration of the 90th anniversary of Richard McBride elementary school in Sapperton last month, the community was invited to an open house on June 5 to view draft plans for a new, $22.6 million replacement school.

You are now invited to participate in a public feedback survey running to June 21 and to view draft design plans by IBI Architectural Group here:

The replacement school was announced on March 9, 2018 by the BC Ministry of Education.The original school was built in 1912 but was replaced in 1929 after it burned down. The building is now considered seismically unsafe.

Dierdre Wrightman helped organize last month’s 90th anniversary open house. She has family connections to the school, with both her grandfather and grandmother attending before the fire struck. Her father also went to the school as a child – and  Wrightman herself is now a teacher at Richard McBride elementary.

“This anniversary event has been a project a love for me,” she said.

“The building will be missed and is certainly a great part of the landscape,” she said. “The old is going and the new is coming – but yes, I hope the spirit lives on!”

You can see feedback we received following our first consultation in early December, on everything from parking issues to learning spaces, by visiting: Next steps for a new Richard McBride elementary school here.