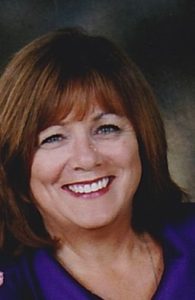 Dec. 21, 2017 – The New Westminster Schools Board of Education is pleased to announce the appointment of Beverley J. Rundell to the position of Interim Superintendent of Schools, effective January 15, 2018.  A former Superintendent with the Vernon School District,  Ms. Rundell will step in for Superintendent Pat Duncan, who is retiring as of Dec. 31, 2017.

Ms. Rundell served as Superintendent and CEO of School District No. 22 (Vernon) for four years, and brings more than 35 years’ experience in a variety of leadership positions in schools, districts and the province, including with the BC Education Leadership Council.   Most recently,  she has served as coach and mentor for superintendents and district staff on behalf of the BC School Superintendents Association.  A lifelong learner, Ms. Rundell has a firm grounding in emerging best practices in curriculum, instruction and assessment practices that lead to improved student learning.

Ms. Rundell began her teaching career in the Kamloops School District teaching French as a second language. She was a vice-principal of Vernon Secondary, as well as a secondary school principal in the Mission, Sea to Sky, and West Vancouver school districts.  Ms. Rundell said her work across the province providing programs to districts on behalf of the BC Education Leadership Council has given her a good understanding of the needs of districts. “I look forward to making a positive contribution to New Westminster Schools in the coming months,” she said.

“The Board is thrilled to welcome Bev to New Westminster Schools this January,” said Mark Gifford, chair of the New Westminster Schools Board of Education. “Bev has an outstanding reputation as an educational leader in BC, and is well-positioned to pick-up the reins from Pat Duncan. The Board also shares its appreciation for great work by Pat Duncan, Associate Superintendent Karim Hachlaf and senior District staff to ensure a smooth leadership transition.”

A Canada-wide search for a permanent Superintendent is being conducted on behalf of the board by PFM Executive Search.